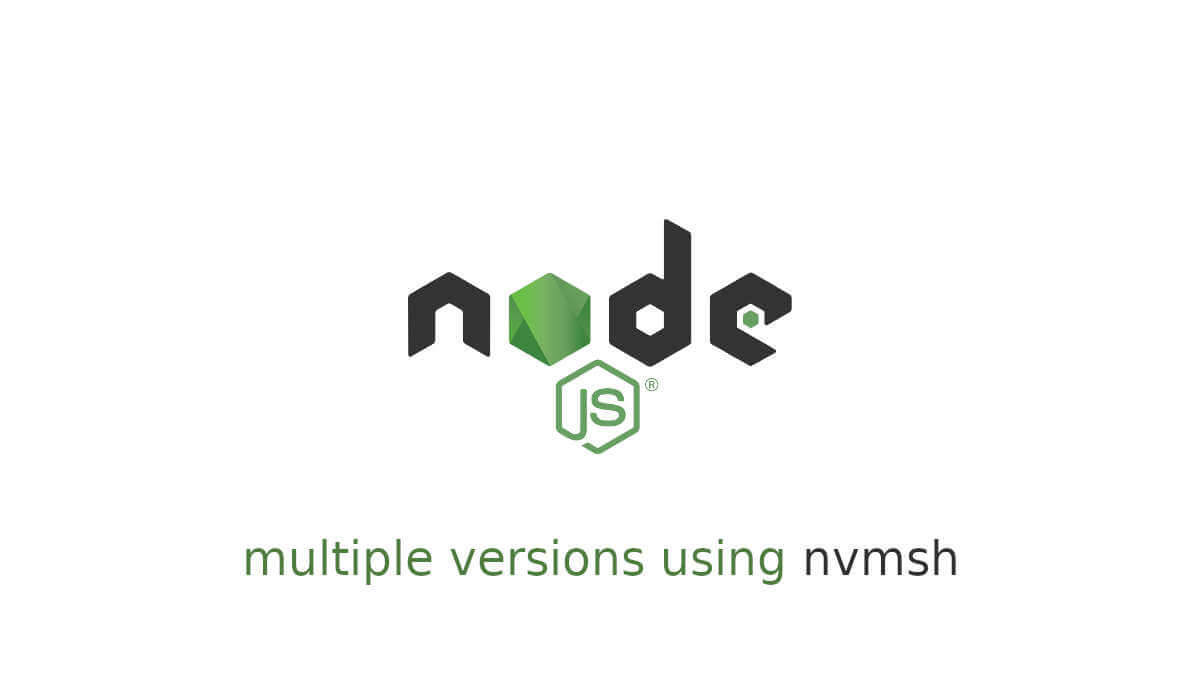 When working with NodeJS, sometimes there will be version specific issues. Even if there are none you might want to experiment with certain node versions. And manually doing so will take your precious time. For that reason, here is a brief tutorial on how you can use nvm to install and manage multiple NodeJS version in your Linux distro.

What you must already know ?

Before we can dig in with the process. You must be familiar with the command line interface commonly known as shell. I am on Ubuntu so I will be using the bash shell to perform all of the commands.

If you are not comfortable with the shell this might be a little tricky at first. But trust me it’s really very easy if you follow along.

Also installation requires curl being installed in your device. Open the terminal ( ctrl + alt + t ) and type in the curl command. If you don’t see the same output as below. Install it with sudo apt update && sudo apt install curl.

Or if you don’t want to use curl but wget instead you can do so. Verify you have wget installed by typing the command in terminal.

If you see something else you can install it using sudo apt update && sudo apt install wget.

Once you have verified the existence of the curl binary in your system. We can proceed with the installation.

Open your terminal and run the following command.

Or if you prefer wget run the command below

But make sure the v0.36.0 is the latest version from GitHub repository, here.

After successful installation the output should look something like

But we are not done yet. We need to add the path to our $PATH variable. It is already added let us just double check it and make sure.

If you don’t see something like this when you run nvm --version. Then read below.

Exporting the NVM_DIR to PATH variable

If you look closely to the output of the installation command. You can see that it tells us to add some values to PATH variable.

Open the the file ~/.bashrc with your favorite text editor. Let me use nano for the sake of this blog post.

We are not done yet. We need to reflect the changes in our terminal without closing it.

Run the command below to refresh the environment variables.

We are all set now let us confirm it actually worked by tying nvm --version. This command should output the version.

Let us install the latest LTS version of NodeJS, which at the time of writing this post is 12.19.0.

Once you have installed the desired version. You can install any other version as much as you like following the same command.

Lastly let’s look at some useful commands for nvm-sh.

You are now able to install any NodeJS version that is available.

To change to specific installation version you can use

Another important command you must remember is for un-installation.

You can simply run the command below to uninstall the NodeJS.

Finally you can use the command below to reinstall the packages for specific version.

If after switching the version name you run into some issues you might want to try this.

That’s it for this post. I have run across the problem of not being able to manage multiple NodeJS. Which was solved by nvm-sh.

So here I have shared on how to use nvm to install and manage multiple NodeJS version.