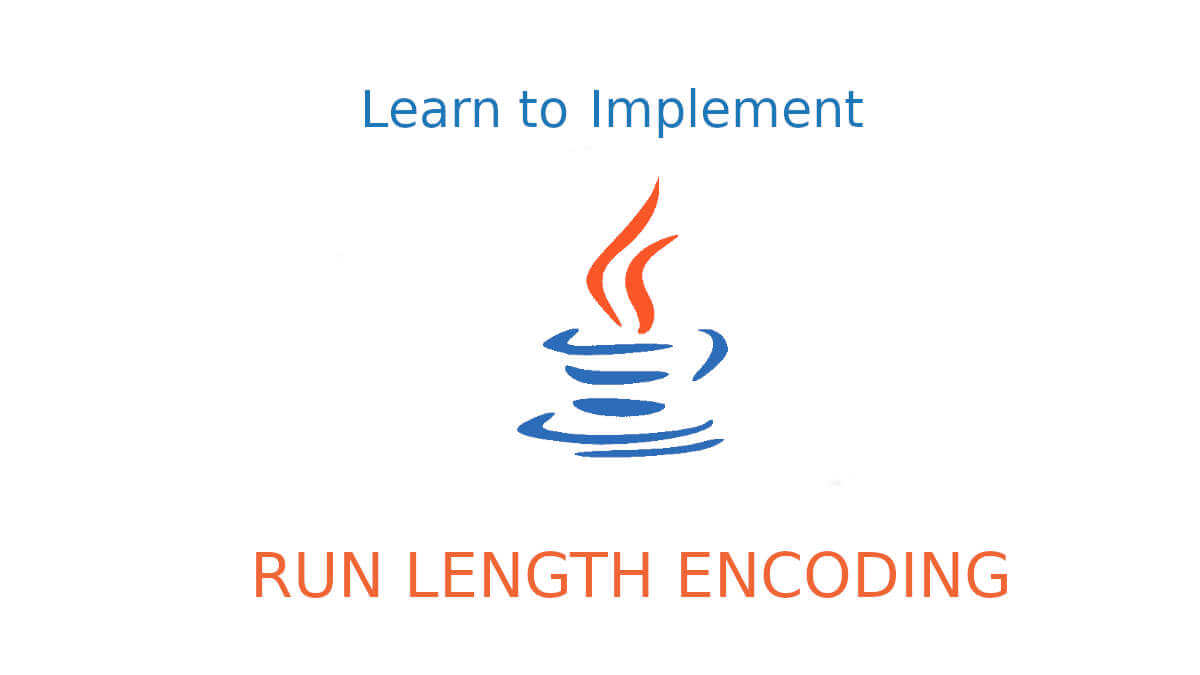 – What is Run Length Encoding (RLE) ?
– What are the uses of RLE ?
– How does RLE work ?
– Implementing the algorithm
– Encoding
– Decoding
– Benchmark
– Things to watch out for

What is Run Length Encoding (RLE) ?

Let us start with the basics first without actually diving into the code part. Let us understand what is RLE and how does it work.

RLE is a form of lossless data compression. That stores the consecutive occurrence of the same element. But this method in itself isn’t quite useful but this provides the basic understanding into complex algorithms of compression.

Let me try to explain RLE with an example. Imagine we have the following text

Let us see what the output from the algorithm should look like :

That is what data compression looks like. And it is very naive approach to lossless encoding. The resulting data will not be directly usable. It will have to be converted back to the original form before being used.

Before diving right into the code let us understand how our algorithm will work.

What are the uses of RLE ?

Here let us first look at how the RLE might be used in computing. There are multiple use cases of RLE such as :

The things I have mentioned above are just sample use-cases. RLE might not be directly used in those scenarios but the algorithm derived for compression will have something to do with RLE. As it is one of the very naive way of encoding data.

The use of RLE was practical almost 60 years ago when the data for television was transmitted using this approach. But in today’s world RLE alone will not be as useful.

We have grown a lot since then. And data and technology has evolved tremendously. We had to find other ways but to understand compression this might be a good start.

Also Read : Interface in OOP: Guide to Polymorphism and Callbacks

How does RLE work ?

Before we implement the Run Length Encoding in Java. Le us see what the algorithm does. Our input will look something like :

That was a description about how our encoding algorithm will work. But what about decoding the encoded string ?

We will have the compressed form of our original string as :

To reverse the above string we will

Also Read : How to learn programming and where to start ?

Now we have finally come to the part of actual action. Let use see how we can implement the algorithm in Java.

Create a Java class with name : RunLengthEncodingExample and insert the following snippet. Though we can make the methods static I have followed the traditional approach.

Also the code is pretty self explanatory I have tried my best to not confuse the reader. If you get confused please do comment below.

Let us compress the data in a lossless way.

Now that we have successfully encoded our string in the section above. Let us work towards bringing back the original form of data.

I have also included the nanoseconds to microseconds measurement to track the execution time of the method. This will vary depending on the system configuration and system load at the time of execution.

Though this is not the ideal way of bench-marking. I had to do some quick tests before publishing this article.

Please take this benchmark with a grain a salt. And it’s always better to perform our own standard test.

Things to watch out for

Even though we have successful encoded and decoded the input back and forth. This will not work with numeric values and might produce negative compression ratio if every character is unique.

But this article was only for demonstrating how one might encode or decode. That one might use for educational purposes ? Regardless, keep learning and keep searching.

If you feel I have misrepresented anything at all feel free to comment below.

Async Task in Android is Deprecated: There are Better Ways

How to get current GPS location in Android